Sequencing Order: B10K Reaching for the Skies to Decode All Bird Genomes 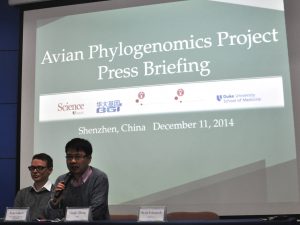 Yesterday marked the announcement by Guojie Zhang (pictured) in Nature of the launch of the Bird 10,000 genomes (B10K) project (see: http://b10k.genomics.cn/), an initiative to generate representative draft genome sequences from all bird species within the next five years. This ambitious project is the first attempt to sequence the genomes of all living species of a vertebrate class. This builds on the success of the previous ordinal level Avian Phylogenomics Project that we and other BioMed Central journals published a number of papers from (see our blog and the series page). This project provided the first proof of concept for carrying out large-scale sequencing of multiple representative species across a vertebrate class and a window into the types of discoveries that can be made with such genomes. It also provided great examples of early and detailed release of supporting materials, and we at GigaScience released all of the genome assemblies early and over a three-year period, eventually publishing Data Note articles describing the Comparative Genomics and Phylogenomic resources hosted in our GigaDB repository. 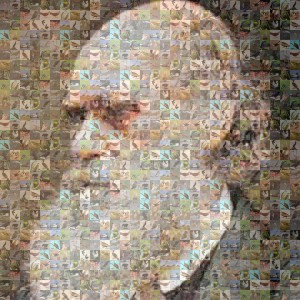 Apart from protagonists in Hitchcock films, everybody loves birds. We wrote in our posting on Kittybiome of the estimate that 15% of internet traffic is of cat pictures, but when not online a higher proportion of people like to look at birds, with reports of over 18% of the US population (60 million people) being birdwatchers. The extraordinary diversity of Galapagos finches discovered during the voyage of the Beagle had an enormous impact on Darwin’s thinking about ‘On the Origin of Species’. His later studies on domesticated pigeons further inspired the development of the theory of evolution. Since then, bird studies have led to numerous pioneering findings that have established many new disciplines in biology, including Wallace’s biogeography, Mayr’s synthesis of speciation, MacArthur and Wilson’s island biogeography, Tinbergen’s ethology, and Hamilton’s kinship theory. With about 10,500 living species, birds constitute the most speciose class of terrestrial vertebrates and are adapted to and distributed throughout most of the surface of our planet. Given these attributes, birds continue to be widely used as models for population genetics, neurobiology, development and animal conservation. Moreover, domesticated birds contribute substantially to the World’s food sources, whilst wild birds can act as agricultural pests resulting in the loss of billions of dollars of crops per year. In terms of world health, the spread of avian influenza, West Nile virus and other zoonotic or emerging infectious diseases has led to the loss of human lives. As Hitchcock observantly noted, our feathered friends have had and will continue to have a pronounced impact on human society.

How to Sequence a Whole Order?
In the past decade, we have witnessed the rapid development of genome sequencing technologies and the resultant wealth of knowledge from animal genomes. The phylogeny of birds has been one of the most challenging vertebrate groups to decipher. The ordinal level project, led by researchers from BGI, the University of Copenhagen, and Duke University (see the biome article on how the project came together), and including investigators from more than 20 countries, sequenced and/or collected the genomes from 48 bird species representing nearly all orders and covering a broad range of evolutionary diversity. The consortium was able to resolve much of the contested phylogenetic history of modern avian orders, as well as addressed an extensive array of questions regarding avian evolution, diversity and behaviour. Due to this success, the next step for the researchers is to expand our understanding and exploration of this unique class of vertebrates and extend these findings into multiple disciplines.

This more ambitious target requires more muscle on hand to carry it out, so the consortium has expanded and been reinforced through the addition of three more institutes as part of the leadership board: the Kunming Institute of Zoology and Institute of Zoology of Chinese Academy of Science in Beijing; the Smithsonian Institution in the USA; and the Center of Macroecology, Evolution and Climate in Denmark. This brings on board experts in museum science, biogeography and ecology and all the contributing institutions and collaborators are listed on the B10K project website.

Given the small size and less complex features of bird genomes relative to other vertebrates (many nearly half the size of the human genome), the ongoing advances in sequencing technologies, and the extensive availability of high quality tissue samples from birds deposited in museums around the world, the consortium is confident that reaching this ambitious goal is not only possible but also practical. In addition to contributing a large public genomic resource that will benefit the entire research community and human society, this project will include extensive collections of the morphological, physiological, ecological and behavioural traits of all species and will address a number of fundamental questions in evolution, ecology, and biodiversity.

The B10K project will allow the completion of a genomic level tree of life of the entire living avian class, decode the link between genetic variation and phenotypic variation, uncover the correlation of genetic evolutionary and biogeographical and biodiversity patterns across a wide-range of species, evaluate the impact of various ecological factors and human influence on species evolution, and unveil the demographic history of an entire class of organisms. Given all these aims, the consortium is carrying out the project in three phases. Each phase focuses on the completion of milestones at hierarchical levels of avian classification. The B10K consortium envision this project will have significant scientific and public impact that will change our understanding of avian biology and evolution, which in turn will affect our understanding of other organisms and open doors to new areas of research.

For the ordinal level project, on top of the two Data Notes describing the data we were hosting, we also published papers on the Penguin and Budgie genomes, as well as a new addition to our Optical Mapping series describing the maps used to improve the Ostrich genome. With masses of data and publications to come from the project we are excited and look forward to be able to continue to assist in the dissemination of these fantastic and fascinating resources for many years to come.