The genome of an elusive giant

Today, GigaScience published a report on the genome of a truly unique species: the giant squid Architeuthis dux. The elusive animal is the main character in ancient stories about sea monsters and it is known as “the kraken” in many legends. For a long time its mere existence was questionable, until, in 1857, the Danish naturalist Japetus Steenstrup made the link between those legends and the enormous cephalopod. Now an international team led by researchers at the University of Copenhagen has dragged the mysterious monster into the genomic age.

As GigaScience editors, we regularly see papers about unusual and bizarre animals, but this one really spurs the imagination:  A ten-armed invertebrate that is believed to grow up to 13 meters and weigh over 900 kg.  With the new genome sequence of A. dux, which is 2.7 Gb in size, the researchers can tackle perplexing  questions of cephalopod genome evolution and explore the genetics of  the giant squid’s size, growth rate and age. 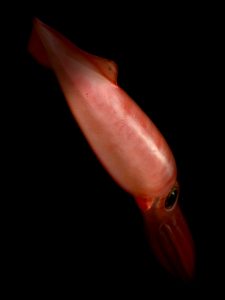 The genome assembly presented in today’s paper is of high quality, it is currently the best available cephalopod genome (and beating our Octopus minor genome). This is even more remarkable given the difficulties the authors faced when trying to get hold of samples for the genome sequencing project. Giant squids are rarely observed alive and the main source of biological material are dead pieces of tissue preserved in natural history museums. The authors describe the obstacles: 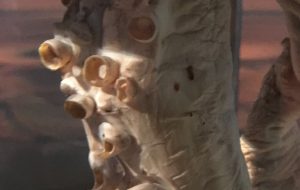 “The challenges in the lab started with the fact that available samples originate from decomposing animals, usually preserved in formalin or ethanol at museums around the world. This means that most of them cannot be used to obtain the high-quality DNA necessary for a good genome assembly.

Furthermore, elevated levels of ammonia and polysaccharides in the tissues were likely behind the repeated failures in producing suitable libraries for nearly all available sequencing technologies.”

This project reminds us that there are a lot of species out there that require individually optimized laboratory and bioinformatics procedures. An effort that is sometimes underestimated when designing single-pipeline approaches in large genome-sequencing consortia

says Rute da Fonseca, who started leading the project when working as an Assistant Professor at the Department of Biology at the University of Copenhagen. 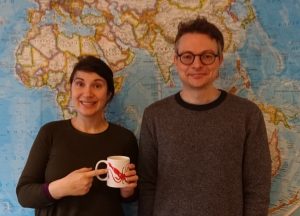 However, the authors got hold of a freshly frozen tissue sample of a giant squid, collected by a fishing vessel near New Zealand. “An incredible stroke of luck”, according to da Fonseca.

To annotate genes, usually an analysis of RNA sequences would come in handy – but again, this is easier said than done with such an elusive animal. To get around the difficulties at the gene annotation front, the authors brought in proteomic data and also used external evidence from other cephalopod species.

In the paper, the research team also take a first look at some of the genes that will be worthy of in-depth investigation in the future.

One genome region of special interest to every genomically inclined zoologist is the Hox cluster, a series of genes that act as master control switches to coordinate an animal’s development. As the authors explain in the article, “different combinations of Hox gene expression in the same tissue type can lead to a wide variety of different structures. This makes the Hox genes a key subject for understanding the origins of the multitude of forms found in the cephalopods. […] The A. dux Hox cluster is spread across 11 Mb of a 38-Mb scaffold, and this suggests a far larger size range in the cephalopods than in other described animals.”

However, the exact configuration and function of the Hox region still needs more fine-grained investigation.

“Having this giant squid genome is an important node in helping us understand what makes a cephalopod a cephalopod. And it also can help us understand how new and novel genes arise in evolution and development”

With the genome assembly in hand, the giant squid is on track to loose its status as enigmatic mystery of the deep and we can look forward to  learning a lot more about its biology in the near future. 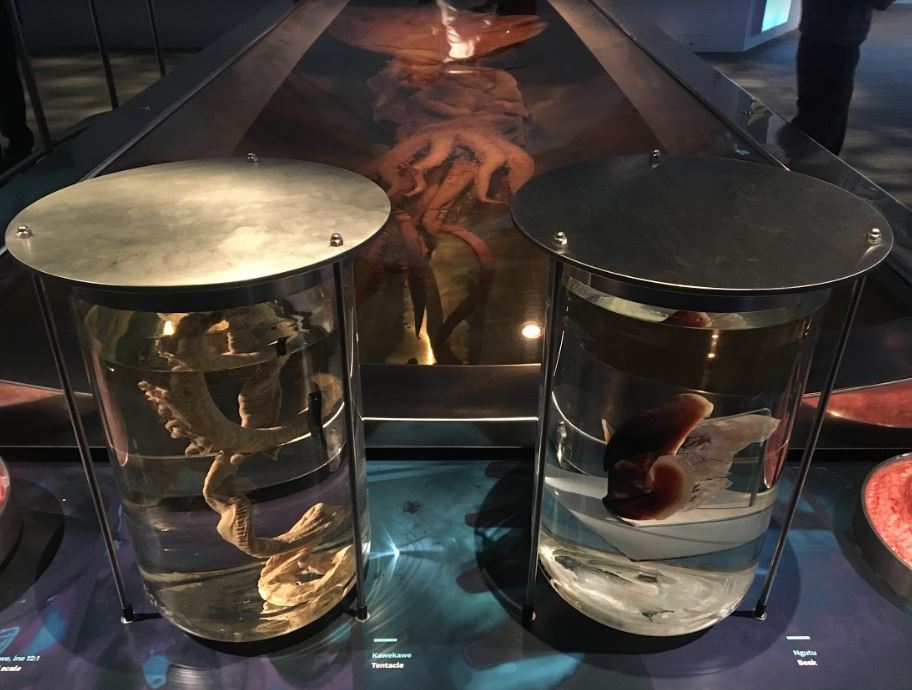 Press release from the University of Copenhagen:
https://news.ku.dk/all_news/2020/01/a-sea-monsters-genome/

“Newly Sequenced Giant Squid Genome Raises as Many Questions as It Answers.”    GIZMODO

“Scientists Have Sequenced The Genome Of The Elusive Giant Squid” FORBES