From function “unknown” to “known”: First papers in our Automated Function Prediction series 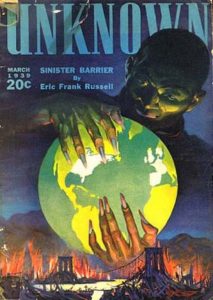 A key to understanding life at the molecular level is based on accurate protein annotation at the functional level. However, due to the explosion of genomic sequencing data an inherent difficulty and expense exists to scale-up and biologically characterise the plethora of genes and proteins of unknown function – one problem of which is computational annotation of protein function. Genomic sequencing data coupled with high-throughput experimental data has created new challenges and opportunities for function prediction. The Automated Function Prediction Special Interest Group (AFP-SIG) brings together computational and experimental biologists, as well as biocurators, who are dealing with the important problem of gene product function prediction, to share ideas and create collaborations.

Tying in with last year’s 2013 AFP-SIG meeting at ISMB in Berlin, GigaScience presents the first papers published in the Automated Function Prediction series, featuring a Review by Rachel Huntley and the EBI UniProt team  highlighting the importance of Gene Ontology updates, and how such updates can impact on a search and results – using their central repository of protein data as an example. Also, Marco Mesiti, Matteo Re and Giorgio Valentini present a novel framework using both network-based algorithm and new technology approaches for predicting multi-species protein function. This is a particularly good example of the benefits of publishing these data-oriented studies in GigaScience, as all of the supporting materials and network data are archived in our GigaDB repository and integrated in the paper through a cited DOI.

Following on from our series announced at the last meeting, we are renewing our call for papers for submissions tying in with the upcoming 2014 AFP-SIG meeting at ISMB 2014 in Boston, highlighting (but not limited to) function prediction using sequence-based methods, function from genomic information,  molecular interactions, structure, use of combined methods, and phylogeny-based methods. Keynote speakers at this year’s AFP-SIG meeting include Philip Bourne (the new Associate Director of Data Science at the NIH); Fiona Brinkman (Simon Fraser University), and Mark Gerstein (Yale University). This year’s SIG will also feature talks by authors of the best performing methods in the second Critical Assessment of Function Annotations or CAFA2 challenge.

GigaScience is extending our call for papers so submissions to this year’s AFP-SIG meeting can be included in this rolling series, and it will also remain open for related submissions outside of this years meeting and CAFA2 challenge as the work on the important problem of gene and gene product function prediction continues. BGI has been generously covering the open-access article-processing charges for the journal’s launch, and this offer will be extended to all submissions in 2014.

For more information about the GigaScience journal and for those attending the AFP-SIG meeting and ISMB 2014, our Editor-in-Chief, Laurie Goodman and Executive Editor, Scott Edmunds will be on hand. Scott is also the co-organiser of a workshop on July 15 that focuses on ‘What Bioinformaticians need to know about digital publishing beyond the PDF2’ – in which AFP keynote Philip Bourne will also be participating in. This follows from our popular workshop covering the same topics last year (see the write-up). GigaScience’s co-publisher, BioMed Central, will also have a stand – so please come and talk to Laurie, Scott and the BMC team there.

1. Huntley R, Sawford T, Martin MJ, O’Donovan C: Understanding how and why the Gene Ontology and its annotations evolve: the GO within UniProt. GigaScience 2014, 3:4.