BioCuration Behind the Bamboo Curtain

What is BioCuration?
While many around the world may be unclear as to what biocuration entails, in China the issue is further complicated by the fact that there isn’t a really a readily accepted word for it. Despite being home to some of the world’s biggest producers of biological data such as BGI (genomics) and BPRC (proteomics), there is a noticeable lack in China of trained biocurators able to deal with and disseminate these massive datasets in an organized and re-usable manner. Attempting to address this gap, this year the 8th Biocuration Society meeting came to Beijing. Appropriately for a meeting aiming to accelerate the dissemination of information across borders, Biocuration2015 was held at the enormous and historic Friendship Hotel, the first place in Beijing that welcomed foreign correspondents. It was also nice to see it being covered in the local press.

Being big data organization and dissemination nerds, we’ve become regular attendees and participants in this meeting over the years (see our report from 2012 for example). Pleased for once to find a meeting coming to us in Asia, this year Chris Hunter and “Jesse” Xiao Si Zhe from the GigaScience curation team presented posters, and both participated in the workshop on “Crowd/community curation: challenges & credit attribution”, expertly chaired by our Ed Board Member Henning Hermjakob. Jesse also attended the pre-meeting workshops, and was pleased to see the attendance of so many students from the (close by) Chinese Academy of Science keen and eager to pick up these useful skills.

Big Data in ‘Little’ China
With nearly 300 attendees, the quality of presentations and sessions covered was excellent as ever. Unfortunately Phil Bourne was unable present his keynote, but Alex Bateman expertly stepped in, and we were very pleased to see him promoting our partners at Publons for crediting peer review, and posing interesting question of how to get credit for database reviews. Mike Cherry presented examples of ENCODE using DNAnexus distribute pipelines, workflows and the results of analysis in a similar way to how we are using our GigaGalaxy server. Also presenting were our other Editorial Board Members Ming Qi and Takashi Gojobori, who gave an interesting historical overview highlighting the importance of hypothesis driven querying of ‘Big Data’ rather than just looking at it to see what you can see. 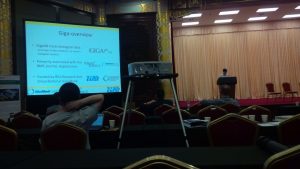 On top of the crowdsourcing and credit workshop Chris and Jesse spoke and were panellists in (pictured), our Ed Board Member Francis Ouellette hosted a lively workshop on “Biocuration in big data to knowledge: new strategy, process & framework” getting Takashi, Jo McEntyre, Mike Cherry, Suzi Lewis and Raja Mazumder to recount their hands on experience handling big-data.Other talks that caught our interest included Monica Munoz-Torres on the J-Browse based Apollo genome browser for visualising genomes, and Todd Taylor presenting his iCliKVAL annotation tool that even works through twitter.

And there are nine million datasets in Beijing. Leaving a Legacy.
For the Chinese participants, on top of the intense discussion and designs for a Chinese character for biocuration (see the photo from Francis based on生物审编), the meeting was the first opportunity to convene and gather an inaugural meeting for a newly Chinese Biocuration society. Representing the Hong Kong Special Administrative Region, Chris and Jesse attended and are now fully signed up members of this nascent community. With plans afoot for future meetings, workshops and training, watch this space to see how biocuration takes root behind the bamboo curtain. See if you can spot Chris and Jesse in the photograph of the society launch. 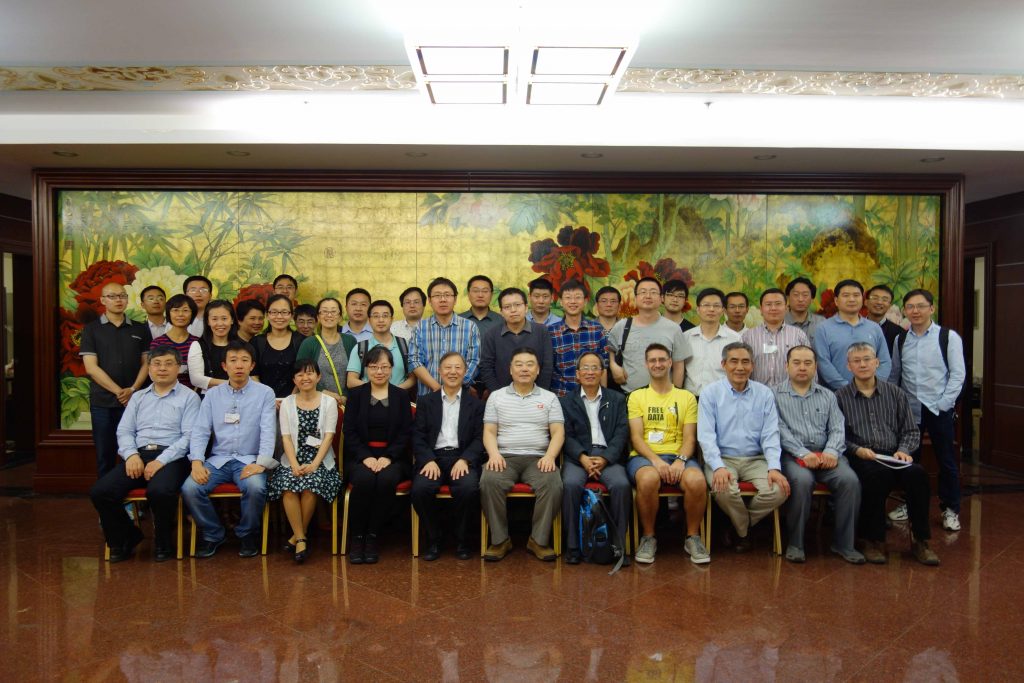