All Cats (Microbiomes) are Grey?
Regular readers will have seen our interest in “community genome” projects, supported by crowdfunding and alternative means (fashion shows in case of the “peoples parrot”), and we’ve been pleased to see the Azolla fern and Cactus genome projects that we published guest GigaBlog postings from both achieve their funding targets. Capitalizing on the timeliness of this new approach, a next step is obviously to use this to fund to study the of “second genome”, AKA the microbiome, the collective genomes of the trillions of tiny bugs that live in and on us. Personal microbiome projects following a similar DTC (direct to consumer) funding model to 23&Me have already been successful, American Gut and uBiome both raising over $300,000, but to date there have been no examples not utilising peoples interests in their “quantified self”.

That is about to change with the first crowdfunded “community microbiome” projects launching, “The Koala Project” looking at the effect of antibiotics and chlamydia on the of baby Koala microbiome, and Kittybiome, a citizen science study to better understand how microbiomes differ among cats. There are some estimates that 15% of internet traffic is cat related, so cat-research seems a perfect area to target for crowdfunding, and Kittybiome has already demonstrated this reaching its initial funding target within the first few days. To tell us more, we are pleased to have Holly Ganz from Kittybiome give us some insight into “Celebrikitties”, crowdfunding and working with cat poo in a Q&A. 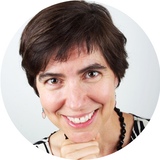 Holly Ganz studies the microbiome of cats at the University of California, Davis Genome Center. She investigates how bacteria associated with scent marking co-evolved with cats (focusing on domestic cats, European wild cats, lions, leopards, cheetahs and puma). She also studies how diet in captivity affects the gut microbiome of cheetahs. In addition to doting on her two loving shelter dogs, she provides foster care for cats and kittens for local animal shelters.

Everybody loves cats, but what inspired you to study their microbes? What are you hoping to find with this project?

We are a team of microbiologists who love cats (except for Jack Gilbert who prefers dogs but says that he loves science and that “cats provide an excellent model system for exploring disease and the microbiome, and hold great potential for developing translation therapies for those conditions”). This project gives us the opportunity to combine our passions. 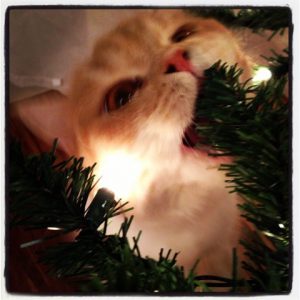 Here is a photo of Jennifer Gardy’s cat, Danny who eats artificial Christmas trees. Jennifer says “Cats can be giant jerks sometimes, but they’re also some of the cutest lil’ critters around, and in the moments between disrupting your underwear drawer and knocking Important Things off counters and mantels, they can be quite affectionate and loving companions, provided the food keeps flowing. Understanding the kitty microbiome is an important step towards better food, better medicine, and better health for our fuzzy little pals.”

We hope to begin to describe the variation in gut bacteria in different populations of cats (both domestic and wild). In domestic cats, we will compare cats who live in houses with cats in shelters and feral cats. We will also be able to compare whether cats who live together are more similar to each other than they are to other cats. We have already had some cats with diabetes and IBD join the project, so we can start to compare cats with different health conditions.

Diversity is important, so can you tell us a bit about the range of cats you are sampling? Are you sampling your own cats, and are any famous cats involved? 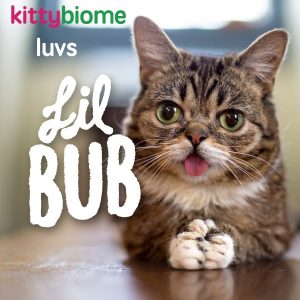 We are studying quite a wide range of cats (lions, cheetahs, leopards, pumas, domestic cats and European wild cats) in our research. We are especially interested in how social behavior affects the composition and function of microbial communities in cats. Domestic cats are really interesting because feral cats form social colonies. The only other cats that are social are lions (who form prides) and cheetahs (who form coalitions).

We will include our own cats in our study on house cats and political pundit Eleanor Clift’s cat, Preshie and celebrikitty Lil Bub are also part of the study.

Why did you decide to go the crowdfunding approach?

Crowdfunding is a natural fit with crowd science and provides us with the opportunity to engage the larger cat community in our research. In addition, federal funding for scientific research has decreased substantially in the US, so we need to explore other options.

We’ve highlighted in this blog a few “community genomics” projects such as the azolla fern and cactus genome projects that have been successfully crowdfunded on Experiment.com, and there are lots of other crowdfunding platforms out there, so why did you choose Kickstarter? How have you found the experience so far?

Kickstarter is the most well known and largest crowdfunding site but they were not not focused on science previously.  As we were considering our choices, Kickstarter contacted us because they are trying to build a larger base of science-focused projects. We were invited to participate in a Science x Kickstarter Hackathon that provided a wealth of information about how to design and run a crowdfunding campaign. We found the Kickstarter community to be quite enthusiastic and encouraging. Kickstarter emphases that it’s not a crowd, it’s a community. For instance, Kickstarter staff were amongst our first backers and our project was selected as a Staff Pick on its’ first day. We are also going to be teaming up with another “community genomics” project that is about to launch on Kickstarter called Beer DeCoded (a 1000 craft beer genome project, look out tomorrow for news on this) on a reward to sequence your beer and your cat’s microbes.

Was it nerve-wracking knowing it was all-or-nothing reaching the target and getting the funding? You hit yours really quickly, so what was your secret and do you have advice for others?

We were worried about the all-or-nothing strategy for fundraising. We decided to focus on a smaller initial goal that was achievable with our immediate and near network, knowing that we might have to do another funding to get our project to the next level. We hit our initial target quickly because there was a group of us involved and our extended network was very responsive. It is important to prime your community of friends and family so they are ready for your launch. Also it was very helpful that some of us are very active on social media, particularly Twitter and Facebook.

Since you’ve hit your initial target you are stretching your goals, what are you hoping to do with any additional funding?

Our goal is to be able to sequence 1,000 cat samples from six cat species. Although we are donating our time to the project, we need to raise more funds in order to sequence that many samples. In addition, we have applied for several grants and are keeping our paws crossed that one of them will also come through.

Lets talk about poop. Can you tell us a little about the practicalities of sampling? How much material do people need to collect, and have you had any logistical problems with people around the world putting this stuff in the post? 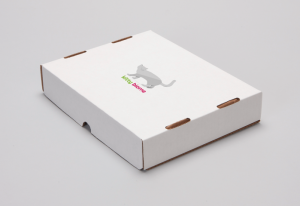 For our kitty participants, sampling is easy. We will send you a sampling kit with a pair of gloves, a wooden stick, a cotton swab and a screw cap tube containing a DNA stabilization buffer and beads. Wearing the gloves, you use the stick to break open a freshly deposited poop. Then you use the swab to collect a tiny amount of poop, while avoiding contamination from litter. Then you swish the swab up and down in the tube until the buffer discolors slightly. Replace the screw cap and shake the tube several times to break up any particles. Place the tube in a pre-addressed envelope and mail it back to us. If you are in another country, you will need to declare the sample as cat feces and sign a letter stating that your cat was not exposed to any infectious agents.

After the 16S rRNA sequencing, how much material will you have left, and do you have plans for it in the future?

We at GigaScience are open data obsessives, so can you tell us a little about how this data will be disseminated and shared?

We also want this database to be open. Publishing the dataset on Gigascience is a great way to make it available to other scientists. We are also interested in exploring options for how we can make the data available and engaging for other members of the cat loving public. We welcome your suggestions.

You still have 15 days to support the project on the Kickstarter page here: https://www.kickstarter.com/projects/catbiome/kittybiome-kitty-microbiomes-for-cat-health-and-bi

UPDATE 2/6/15: BeerDeCoded has now launched on Kickstarter, and for €79 they can sequence your own beer genome: https://www.kickstarter.com/projects/489252126/beerdecoded-the-1000-beer-genomes