GigaScience utilizes and promotes Open Science in all its forms, and one of the key areas in this ecosystem is Citizen Science – opening and democratising science to such an extent it is powered by public participation. Regular readers of this blog and journal will have seen our promotion of many crowdfunded and educational community genome projects (“the peoples parrot”, the “Community Cactus”, community cat microbiome projects), “Games with a Purpose” crunching disease outbreak data, and even our own project boosting genetic literacy through sequencing the emblem of our Hong Kong home – BauhiniaGenome. On top of genomics projects we’ve also been involved in citizen mosquito tracking in Hong Kong, and have also gone into local schools to promote the educative aspects of these many efforts.

Bird watchers (eBird) and environmental tracking projects (Safecast and Knowflow) have shown citizens can collect large amounts of scientific data, and the million+ registered users of the zooniverse crowdsourced research platform have shown citizens can also process large amounts of data too. Professional scientists and governments have needed some convincing about the usability of this data, but new data from the citizen science mosquito surveillance projects we’ve been collaborating with has just started to produce convincing peer reviewed examples of the utility, scalability and reliability of citizen collected data.

It Began in Africa 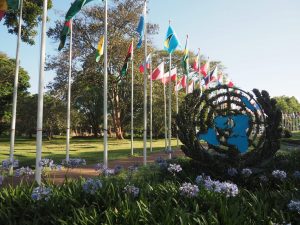 In April this year our collaborators in Mosquito Alert were involved with a UN organized meeting in Geneva that launched a Global Mosquito Alert Consortium (GMAC) and offered them the use of Environment Live, the dynamic UN knowledge platform, designed to collect, process and share the world’s best environmental science and research. Since then things have progressed rapidly, and the participants in these efforts were this month invited to the main UN Environment Assembly in Nairobi. Just before the main UN Assembly a Science-Policy-Business Forum on the Environment was organized to bring new players together to tackle the urgent and unprecedented challenges caused by humanity’s profound impact on the planet. Bringing together representatives from science, policy, business and society the aim was to build consensus around key issues and tear down traditional barriers between these sectors. Representing civil society, Citizen Science has to be a key participant in this, offering the ability to fill crucial data gaps, engage the people most effected by these environmental challenges, and offer scalability through harnessing previously untapped resources in addressing these issues. 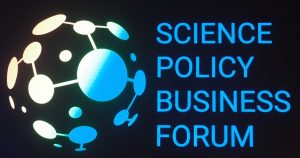 An international citizen science delegation of around 20 people participated in all of the sessions of the Science-Policy-Business Forum, with several of them staying on for the main assembly. Scott from GigaScience was part of the 2-person Hong Kong delegation alongside Mendel Wong, both representing a nascent CitizenScience.Asia network. Efforts were made to make sure Citizen Science had a voice and was on the agenda in all of the tracks and sessions, but it was not necessary to be as proactive as initially thought as there were many other Citizen Science efforts discussed and independently highlighted by others, including US government agencies, IBM’s Weather Underground, and Filipino Science & Technology advocates AGHAM. As the two most common challenges covered in the forum were air and water pollution, these issues were ripe for tackling through the participatory monitoring approaches (in a similar manner to mosquito tracking) that are the bread and butter of Citizen Science.

The Citizen Science delegation also organized a session on the “Future of Citizen Science” that was well attended and featured participation, panels and talks from Citizen Science representatives, industry, research and the US EPA (very interesting to hear they are testing typhoon proofing of their remote weather stations with a school in Hong Kong). You can see a live stream of the event archived here. This unusual gathering of citizen, policy, academic and business voices continued throughout the forum, spurring otherwise unique interactions and breaking preconceptions. In the opening session covering air pollution for example, it was eye opening to see a business representative put themself in the citizen science camp saying that they were struggling to get hold of government data to test the efficacy of their low pollution paint and were having to generate their own air pollution data in a similar manner to our participatory monitoring approaches.

There were even invitations to speak in the main plenaries, Anne Bowser from the Wilson Center introducing the Citizen Science Delegation in the opening plenary, and a final take home summary presented by Johannes Vogel from the European Citizen Science Association in the closing plenary. This insightful summary was as follows (and was also filmed here):

While many of the high level and policy making participants may not have necessarily known what Citizen Science was before they arrived in Kenya, by the end of the assembly it was impossible for them to ignore its significance and potential. Ending an extremely productive Science Policy Business forum, UNEP Executive Director Erik Solheim even gave some final mentions of Citizen Science in his closing plenary speech. With many of the delegation staying on, these efforts carried into the main plenary, and it was great to see one of the 13 UN resolutions passed at the end of the assembly covering low-cost air quality networks for engaging citizens.

The main legacy of the gathering was establishment of a Global Secretariat to work with the UN and promote citizen science across the globe. With the issue of geographical gaps in Citizen Science networks, the day after the forum there was meeting at the United States International University-Africa campus where there was a commitment from the university to help set up an African Citizen Science Association.

First of hopefully many meetings amongst the #citizenscience associations. Tx @USIUAfrica for hosting an amazing dialogue today! pic.twitter.com/Vy4Nj5t0UG

With participation from our Hong Kong contingent and the Philippines there was an obvious roadmap for what needed to be done from our continent as well, and CitizenScience.Asia is now making efforts to bring together the cross-Asian connections needed to feed into this new Global Secretariat. Its fantastic to see Citizen Science firmly on the UN agenda, and this is only a first step with many things likely to follow from this. Watch this space for how this develops, and for future participation in future UN Environment initiatives and meetings.